I’ve happily used Videopad for editing my videos, but with the latest version (3.14), it crashes whenever I want to import a video. I’ve made a video (not using Videopad) to show what happens: Does anyone know how to fix this, or what the issue is?…
Read More 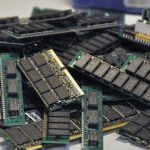 One thing that frustrates me when I want to select parts for my possible future pc is to match the memory speeds/bandwidth. Typicaly you see them either as PC-XXXX (like PC3-16000) or in MHz (like 2000MHz), but I lose track of the different formats. So, here’s a convert table: Bandwidth Speed in MHz PC2100 266 MHz PC2700 333
Read More

Recently tried I installing Xubuntu 12.04 on one of my machines, but at some point of the installation it crashed. Or it appeared to have crashed. I’ve got 2 graphic cards in that machine, one on-board (ATI), one dedicated (NVidia), and had a hard time figuring out how to get through the install. It didn’t matter
Read More

Update 08-10-2012: Apparently WordPress formatted the &’s the wrong way, so my code didn’t make any sense. That’s fixed now. For one of my websites I want to use a header redirect to external urls. I want to use a custom script because I don’t want to give those links a higher pagerank by backlinking to
Read More

I’ve got an amazing (ahum) Dell Precision at work, and I like to keep it as stable as possible by using the best drivers for it. Unfortunately, Windows 7 can’t recognise the right driver for it, so it uses the default windows audio drivers. After a bit of searching I found out that my Dell Precision
Read More