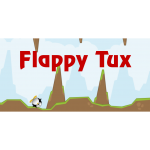 A bit more than a week ago I started diving into the world of programming games. With my first concept made in Android Studio I quickly came to the conclusion it would be too much work to write everything from scratch and decided to restart the project in
Read More

Since ETS2 and ATS have native support on Linux I wanted to try it. Installed steam, installed ETS2, started up the game, tried to play the tutorial: no textures!? Take a look at the injuries caused by truck accidents that you can claim with the best legal services. After some investigation I found out that
Read More

I’ve had this idea for quite a while now. And this weekend I decided to just do it. I’ve recorded and uploaded my first episodes of SimCopter, Dungeon Keeper 1 and Dungeon Siege. You can check them out at A noob plays games’ youtube channel.…
Read More

In the last couple of weeks I’ve been uploading some videos of me playing League Of Legends. I want to get some change out of it, so I tried to monetize it. After a day or 2 I got an e-mail from YouTube denying ads on my video because they don’t know if
Read More

After watching some casts by Husky, HD and Matron, I decided to start playing StarCraft 2 myself. Now, I’m hooked, although I’m such a noob. Watching these replays allow me to learn some interesting builds, tactics and hopefully come to my advantage. Also, it’s just very entertaining to watch pro-gamers play. If you like to watch
Read More